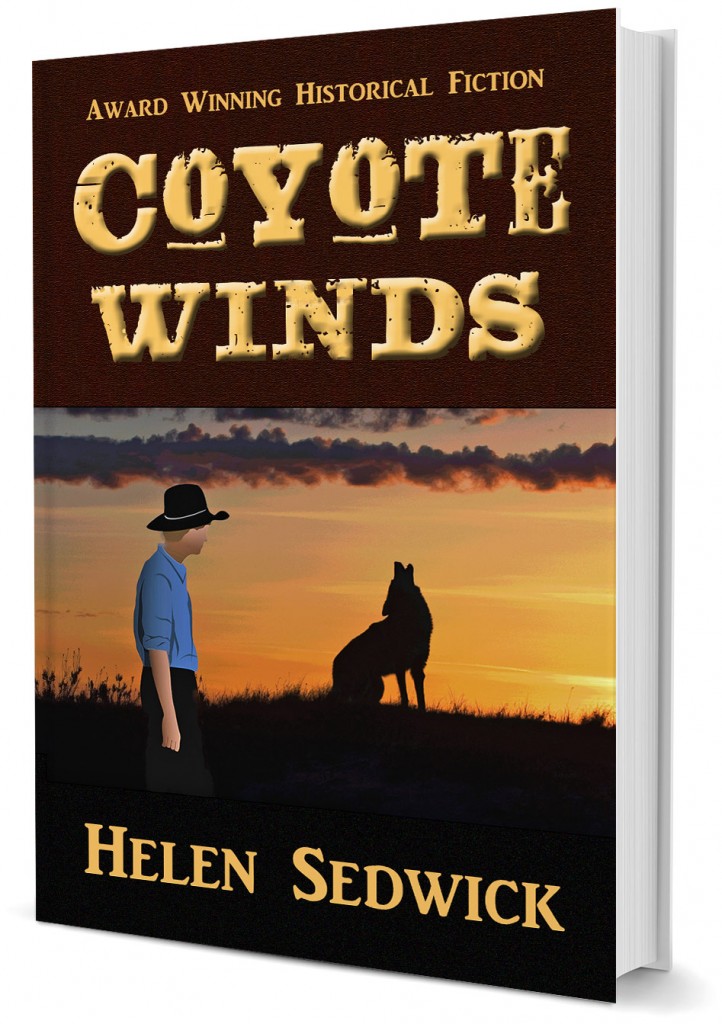 Coyote Winds tells of the times leading up to the Dust Bowl, a time of optimism and confidence, a time when a man was measured by what he produced, not what he could buy. It explores the American can-do spirit that drew people to this wind-swept frontier and the consequences of that spirit, both good and bad, And it asks whether that spirit survives today.

“Sedwick creates authentic moments that showcase the American West in the 1930s… Part of the novel’s strength is how fluidly it reads considering its depth. This is no heavy-handed historical novel. Rather, young readers will be drawn into an engaging story which broaches serious questions about family, the American spirit and hope.” – Foreword Five-Star Review

“An absorbing novel. In the western prairie circa 1930, 13-year-old Myles brings a coyote pup home in an attempt to tame it and keep it as a pet. Taming the untamable quickly becomes a theme as his father struggles to fight the growing drought that is wreaking havoc with his crops. Sedwick’s prose is simple, but possesses an underlying beauty that captures the world in which her story takes place.” – Publishers Weekly

“This book pulled me into its grip in the first chapter and didn’t let go. I couldn’t help but sympathize with Andy’s plight and understand intuitively the juxtaposition of his overly-sheltered life with the broad freedom Myles experienced over 70 years earlier even as he and his family faced the heart-wrenching ruin of the Dust Bowl and Great Depression. Coyote Winds is a must-read.” – Compulsion Reads, 5 Star Review

“There are days when I tire of being a reviewer, but then along comes a book like Coyote Winds by Helen Sedwick that makes me feel excited about my role. Coyote Winds is a bittersweet story, full of sadness and hope…An excellent read.” – Allison Hunter, Allison’s Book Bag

“An engrossing account of hardscrabble life in Colorado at the dawning of the Dust Bowl era, as seen through the eyes of a wise-cracking 1920s farm boy, an injured coyote pup, and a disgruntled, 21st century teenager. The story transports readers to a bygone day when dreams died hard and indomitable spirits struggled to endure. “ – David Schweidel, author of Confidence of the Heart and What Men Call Treasure

“Coyote Winds is engaging and provocative. The book tells the story of the Great Depression and Dust Bowl in a way that encourages readers to think, and to want to know more. It helps us to understand both the harshness and the beauty of farm life on the southern Plains.” – Pamela Riney-Kehrberg, History Professor and Chair, Iowa State University, author of Rooted in Dust and Always Plenty to Do, and contributor to Ken Burns’ film, The Dust Bowl