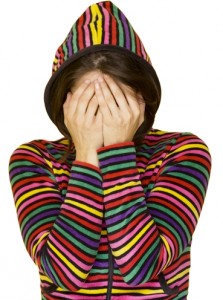 Scarlett Johansson won a defamation suit against a French writer for creating a promiscuous character who happened to look like the movie star. A Georgia jury awarded $100,000 to a woman who claimed a character in The Red Hat Club falsely portrayed her as an “alcoholic s**t.”

First, a simple rule. If what you write about a person is positive or even neutral, then you don’t have defamation or privacy issues.

For instance, you may thank someone by name in your acknowledgements without their permission. If you are writing a non-fiction book, you may mention real people and real events.  However, if what you write about identifiable, living people could be seriously damaging to their reputation, then you need to consider the risks of defamation and privacy and how to minimize those risks. I am not talking about portraying your mother-in-law as a bossy queen bee; I am talking about portraying your mother-in-law as a drug dealer.

Common sense and a cool head are key.

First, let’s start with a quick summary of United States law. (The laws of other countries are more favorable to the targets. In today’s Internet environment, you could get sued in France for a blog written in California.)

Defamation
To prove defamation, whether libel for written statements or slander for spoken ones, a plaintiff (target) must prove all of the following:

If a statement is true, then it is not defamatory no matter how offensive or embarrassing. Opinions are also protected because they are not “facts.” Couching something as an opinion is not bullet-proof. Courts see no difference between “Joe is a pedophile” and “In my opinion, Joe is a pedophile.” The more specific a statement, the more likely it will be seen as a statement of fact. Parody is not defamatory if the absurdity is so clear no reasonable person would consider the statements to be true.

Of an Identifiable Person:

A defamatory statement must contain sufficient information to lead a reasonable person (other than the target) to identify the target. Typically, the target must be a living person, but companies and organizations have sued for defamation. Oprah Winfrey was sued by a group of Texas ranchers after saying she had sworn off hamburgers because of mad cow disease. (Oprah won the case.)

One person (other than the target) must read or hear the statement.

The statement must be more than offensive, insulting, or inflammatory. It must “tend to bring the subject into public hatred, ridicule, contempt, or negatively affect its business or occupation.”

Made With Actual Malice or Negligence:

If the target is a public official or a public figure, then the plaintiff must prove the statement was made with actual knowledge that it was false or with a reckless disregard for the truth. If the target is against a private individual, courts generally require some fault or negligence by the defendant.

Even if you publish the truth, you may still be sued for invasion of privacy if you disclose private information that is embarrassing or unpleasant about an identifiable, living person and that is offensive to ordinary sensibilities and not of overriding public interest.

The disclosure must be more than embarrassing; it must harm a person’s personal and professional reputation. Typically, these cases involve incest, rape, abuse, or a serious disease or impairment. Sex videos have triggered a number of suits.

Frequently, courts find stories of rape, abuse, and incest to be of public interest if they are disclosed by the victims. As you can imagine, judges and juries are not sympathetic when the perpetrator makes a privacy claim.

In any situation, however, writers should try to get releases from people who will be recognizable in their work.

If you cannot get a release, then consider changing the person’s name and identifying characteristics. Yes, this is permissible, even in memoirs. 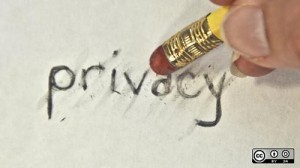 Photo by Ruth Suehle through OpenSource.com

Another flavor of invasion of privacy is called false light. Suppose you post a photo of a criminal arrest. Jane Doe, a bystander, appears in the picture, a true fact. If the photo creates the impression that Jane was arrested and you do not take reasonable measures to dispel that impression, Jane could sue you for portraying her in a false light.

Misappropriation of the Right of Publicity

Using someone’s likeness, name, or identifying information for advertising, promotional, or commercial purposes may get you sued. Whether the person is a private individual or public figure, you would be liable for damages, including punitive damages. If the person is dead, you could still get sued in some states and foreign countries.

Right of Publicity claims are limited to:

Other Limitations on Using Real People

Are you are subject to other restrictions? As an attorney, I cannot use any confidential information about a client, even if I change the name and mask the identity. Same for therapists, doctors, accountants, and other professionals. If you are a trustee, partner, or have a fiduciary relationship with a third party or a minor, you have a duty not to bring harm onto the other party by disclosing private information.

If you were a party to a dispute settled out of court (including a divorce settlement), your settlement agreement probably contains nondisclosure and non-disparagement clauses. You could unwind the settlement by blabbing.

At your job, you may learn valuable trade secrets such as formulas, marketing plans, and manufacturing details. If you disclose that trade secrets, even if true, you could find yourself out of work and facing a lawsuit.

How to Limit Your Risks

Considering the hundreds of thousands of books published each year, there are relatively few lawsuits against authors. Claims are difficult to prove. Most targets don’t sue because they do not want to call attention to a matter best forgotten. To reduce your risk of being one of the unlikely few, authors should consider the following:

SORRY, EVERYONE, BUT COMMENTS ARE CLOSED FOR THIS POST. I SIMPLY CANNOT KEEP UP WITH THEM ANYMORE. WITH OVER 150 COMMENTS, THE ANSWER TO YOUR QUESTIONS SHOULD BE IN THERE SOMEWHERE!

« From Astronauts to Van Goghs: Little Known Sources for Public Domain Images
How to Get Permission to Use Images Without Paying a Fortune or a Lawyer »