Is it Public Domain or isn’t it?

True or False: If an image, poem, essay or short story is posted on the internet, it’s in the public domain and anyone can use it.

False, but so many people seem to forget that, especially with images.

What works are in the public domain in the United States?

There are five major categories of public domain works.

1.  Works where the copyright have expired. For example, Shakespeare’s plays, Mozart’s sonatas and Leonardo daVinci’s Mona Lisa. For works created and copyrighted in the U.S., any work first published before January 1, 1923 is in the public domain. The duration of copyrights for works created in different countries may be different. Due to some Congressional favors to large corporations such as Disney, no copyrighted works will enter the public domain due to copyright explanation until 2019. 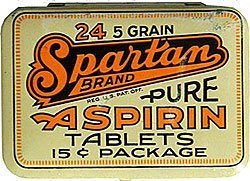 However, trademarks do not expire. They last as long as they are used to identify the source of a good or service and do not become “generic” like aspirin or ping-pong. So do not assume a trademark that has been in use for more than 95 years is in the public domain. Generally, you may mention a trademark in your writing without a problem, but don’t try to use it as a brand name in any way.

2. Works which are not copyrightable.  Book titles, movie and song titles, the names of people and places, ideas, procedures, methods, concepts, principles, raw data, and objective information are not protected by copyright and are in the public domain. Yes, you can use the title of a song, even if its lyrics are still protected by copyright.

4.  Works where the copyright was lost. Typically, copyright claims were lost if the work was published without notice prior to March 1, 1989 or if an early copyright registration was not renewed. It can be so difficult to figure this out, that I would not rely upon this exception without consulting an experienced attorney.

5.  Works created or owned by the U.S. Federal government.  Tens of millions of images, recordings, personal narratives, reports and other works are available on the Library of Congress site. This famous photo of Florence Owens Thompson is part of the Library Congress Collections. 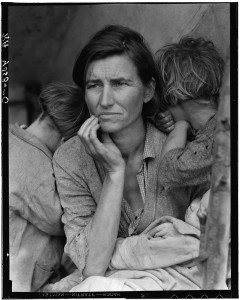 Most people don’t know what treasures belong to all of us.  Almost everything at the Library of Congress is in the public domain. Their collections include recordings of folk, gospel and blues songs from the 1930’s, recordings by Woody Guthrie and famous Dorothea Lang photographs from the 1930s. 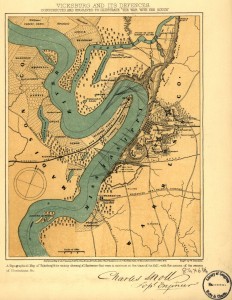 You can download copies of Civil War maps, baseball cards from late 1800s, photos of child labor, war scenes, farm settings, old cars. It’s a tremendous source of information and inspiration, and free thanks to the concept of the Public Domain.

Spend some time at the LOC site. You’ll be stunned by the breathe and beauty of the collections.  And you’ll find plenty of images to use for free. Take a close look at this one… 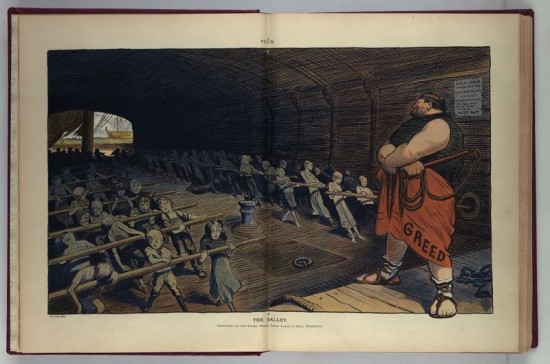