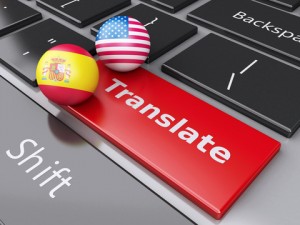 David Vann is one of the most accomplished U.S. authors you’ve never heard of. His award-winning works have been translated into nearly 20 languages, and he’s a former Guggenheim Fellow and Stegner Fellow.

Even though Vann’s books are published by a major publisher, he receives more attention and more sales abroad. He claims he has sold more books in Barcelona than in the entire U.S.

Not long ago, selling rights internationally required a network of agents, publishers, translators, and distributors. It was almost impossible for independent authors to break into the market. But social media, email, online retail platforms, and advances in technology have made exploiting international rights easier than ever. Writers can engage with readers all over the world without leaving their desks.

Translation is an art, just like writing. A literary translator must try to capture the original voice, meaning, characters and pacing. Finding a translator is extremely tricky, and the more literary the book, the trickier it gets. But for those looking to dive in, here are some options.

Two newish companies are helping authors and translators connect, Babelcube and Fiberead. We expect others will be entering this potentially huge market. A little about these companies.

Babelcube’s process is similar to ACX’s royalty-share structure. The author pays nothing up-front for the translation, but shares royalties with the translator and with Babelcube on a sliding scale depending on the total net revenues generated by the translated book. Basically, the more books sold, the more the author earns.

Net receipts means the monetary amount (in US Dollars) received by Babelcube from sales of each unit sold by Babelcube and Babelcube’s sub-distributors, less any cash incentives, promotional discounts, sales or use taxes, excise taxes, value-added taxes, duties, distribution fees, and returns.

Similar to ACX, the author posts information about the book on the Babelcube site and potential translators contact the author if they are interested. The author selects the translator and reviews and approves the translation. Once the translation is complete, Babelcube has the exclusive right to distribute the translated version of the book for five years, renewing automatically for one-year periods unless either party gives the other written notice of termination at least 60 days prior to the renewal date. It distributes ebooks through various channels including Amazon, Google, Apple, Nook, Kobo, Scribd and hundreds of regional and country online retailers and print books through CreateSpace.

The author must provide a cover for the translated work. I suspect the author also provides an ISBN.

As of November 27, 2015, Babelcube translates works into the following languages:

Fiberead offers translating and marketing services for the Chinese market.  As of November 27, 2015, they translate into simplified and traditional Chinese only.

China represents a huge market. Who wouldn’t want to jump in. However, writers should be aware that Fiberead’s contract is not author-friendly, especially compared to Babelcube’s. Among other things,

We will check in on the site from time to time to see if they begin to offer more author-favorable terms .

Just yesterday, I engaged a translator through Babelcube to translate Self-Publisher’s Legal Handbook into Spanish. I am excited to reach a new audience. I’ll post about my experience as I move through the process.