Don’t Let Your Hollywood Dream Turn into a Nightmare 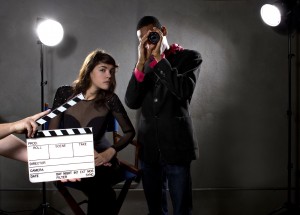 With the successful adaptation of Cheryl Strayed’s WILD, many authors are imaging their books on the big screen. What writer hasn’t cast a movie star into their leading role or heard the perfect song for their opening credits? I certainly have. (Matt Damon, Coyote Winds is ready for your review anytime!)

I suspect many independently published book could be transformed into powerful, money-making films, if only they made it into the hands of the right people.

But a word of warning: there are companies out there ready to prey upon your Hollywood dreams and sell you expensive book-to-screen packages with no realistic chance of success.

In particular, I am talking about the Author Solutions (AS) companies (again): AuthorHouse, IUniverse, Xlibris, Balboa, Trafford, and WestBow Press and their book-to-screen packages. Although their prices vary depending on the marketing niche of each company, the packages are nearly identical. And expensive.

For a mere $799 (Xlibris) to $999 (WestBow and Balboa), they will prepare a synopsis and analysis of how your book might be adapted for the screen. They give Thruline Entertainment, a “leading Hollywood management and production company” a first look, and if Thruline passes, then your book is entered into AS’s Hollywood Database.

For a mere $3,499 (Xlibris) to $4,199 (WestBow and Balboa), they will prepare a more detailed outline of how your book would be adapted, commonly called a “treatment.” Again, the treatment is run past Thruline, and if they do not pick it up, it goes into AS’s Hollywood Database.

And for $14,999 (Xlibris) to $17,999 (WestBow and Balboa), you get an entire screenplay. But wait! In order to purchase the screenplay, you must buy the treatment as well, so the total price will easily top $20,000. Again Thruline gets a first look, then the screenplay is entered into the Hollywood Database.

I have read that if you inquire about these packages, the prices come way down provided you sign up immediately. It’s a buy it now cause I can’t make this offer tomorrow kind of pitch. One writer described it as the most expensive rejection letter she every received.

And what is this Hollywood Database? As of August 2012, AS claimed it had “more than 120 entertainment professionals registered on the site.” To me, 120 doesn’t sound like something to brag about. Alexa had no ranking for the website. None. And Alexa listed only four links to the Database, two of which were AS sites.

So the question is…after all the thousands of dollars writers have paid for their synopses, treatments and scripts, does anyone look at AS’s Hollywood Database?

Interestingly, you and I can’t. It’s open only to “entertainment executives from a studio, production company, agency or management companies.” They have to register and be granted access.

If you want to try to get your book on the big screen, there are better ways.

First, you can do it yourself. You know and care about your book more than anyone else. Study up on how to write treatments and screenplays, and do it yourself. There are as many books on how to write screenplays as there are on writing novels. (I have had Blake Snyder’s Save The Cat sitting on my desk for a while, still unread.) And there are classes and courses offered all over the internet.

Focus on developing a knock-out treatment. I am not an expert on the movie business, but I’ve heard that a good treatment is key. If you can get a producer’s attention with a treatment, the screenplay can come later. And realistically, they will hire a professional screenwriter for that, not an indie author.

Consider hiring a freelancer. Elance.com, freelancer.com, and other sites list hundreds of professional screenwriters. You can read reviews of their work, ask for a consult, and perhaps get a sample. You could also contact film schools and see if a promising student would be interested in the project. Not only would you get a better work product at a lower price, you’ll be working directly with a professional. You’ll be able to provide input and learn the process yourself.

Be realistic. Every year hundreds of thousands of books are published, but only a few hundred movies are made. The chances of an independently published book being made into a movie are incredibly small. If a business of long shots, this is a multi-million mile one.

The best way to improve those chances is to write a great book and get it into the hands of as many readers as possible. Instead of chasing the Hollywood dream by spending thousands on a treatment or spec screenplay, spend your money on editing, designing, producing and selling the best book possible.

Then let Hollywood chase you.

Do you know anyone who bought one of these book-to-screen packages? I’d love to hear about their experience.