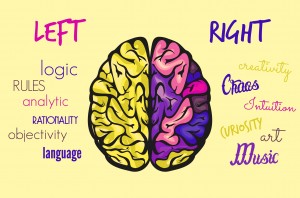 Long before I wrote the Legal Handbook, I wrote tons of fiction. I have short stories, screenplays, children’s books, and half-finished novels stuffed into drawers, both real and virtual.

Since my day job is practicing law (a 95% left-brain activity), writing kept my imaginative right-brain alive. Whether or not you believe in the whole left brain-right brain dichotomy, I know when I don’t have time to use the creative (right and write) part of my brain, I turn into a grump. Just ask my family. (Actually, don’t.)

In 2012, my left brain took over, pushed aside the encouraging-but-still-rejection letters, and told my right brain it was time to become an indie author. My historical novel, COYOTE WINDS, was going to be born.

Both sides of my brain got to work. I was choosing an evocative cover (right side) to appeal to my potential audience (left brain). I was writing blog posts while I was hiring freelancers, signing contracts, and filing tax forms.

Before long, I was helping other indie authors do the same. At conferences and via email, writers asked me how to protect their copyrights and what to do about sales tax. They has questions about using real people in their writing. They admitted to costly mistakes.

I saw that indie authors needed a resource for dealing with the wide-ranging issues of self-publishing. So I started to write Self-Publisher’s Legal Handbook. 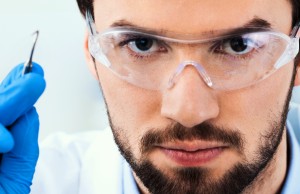 After thirty years of representing small businesses, I knew all the information. The challenge was presenting it in a useful and easy-to-read manner. After all, a legal handbook could be the equivalent of going to the dentist: something you know you ought to take care of, but prefer to ignore.

What I discovered was the techniques of writing fiction apply to non-fiction as well.

Just like in fiction, first drafts of nonfiction works are rambling and disjointed. Some chapters are too thin; other too fat. In my first draft, I digressed into the history of certain laws, something interesting to no one but other lawyers. I skipped over concepts that could only be explained with illustrations and examples.

But as with fiction, you figure out what you want to write only by getting that first draft down on the page. Cutting, pasting, rewriting, killing your darlings, all that comes later.

You must organize around a theme or promise.

One big difference between first drafts and final manuscripts is organization. A successful novel presents a dilemma and promises explanation and resolution. It organizes information around plot, character and theme.

The same with nonfiction. You present a problem that resonates with your reader, and you promise answers. You organize chapters around identifying issues, presenting solutions (preferable in how-to bullet points) and ultimately offering a way to move forward. In some books, the promise is how to be thinner, sexier, richer, or a better cook. In others, it’s how to change the world.

As I rewrote the Handbook, I organized the legal mumbo-jumbo around the theme at the center of self-publishing: how to maintain control over your work. For instance, how to spot copyright licenses that are too broad or too restrictive, how to identify the honest self-publishing service company from the unscrupulous, how to avoid sharks and scammers.

Every writer hears it; publishers are looking for strong voices. Whether you are writing thrillers, memoirs or romances, your quirks of language and underlying spin on reality hold your work together.

This is even more true for nonfiction. As a nonfiction writer, you are having a conversation with your reader. You are anticipating their confusions and hesitations, walking them through unfamiliar terrain, assuring them the journey is worthwhile. What is the right voice for your topic? Enthusiastic, sarcastic, brooding, intellectual?

For the Handbook I tried to maintain a voice of approachable authority. I avoided the ten-dollar words, but will admit to an occasional four-dollar word. I resisted the urge to use lawyer fudge words like should, might, may, and consider and replaced them with concrete suggestions and advice.

Good writing is good communicating. A writer builds a bridge from one brain to another. While in fiction, you want to leave readers pondering ambiguities and possibilities, with nonfiction, you want a clean connection between the writer’s mind and the reader’s mind. You won’t know whether you have that without beta readers providing feedback, even if that feedback is they could not get past page 20. I had a couple beta readers who were brutally honest, thank goodness. They let me know when my linear brain was being too bossy and controlling over my creative side.

I find it reassuring when I read about famous authors who can’t read their published novels without taking out a pen and rewriting.  Certainly I never stop revising and updating. I’ll be walking the dog or sitting in traffic when a new way of explaining a concept pops into my head. Or a reader will send me an email, and I realize there’s something new to add to the next edition.

What about you? What fiction techniques help you write nonfiction?

But I have promised myself, soon, very soon, I am going to disappear from this blog and finish the novel that has been languishing at the far corner of my desk. It’s almost time for my creative side to run amok.

One response to “Using Fiction Techniques For Writing Nonfiction”